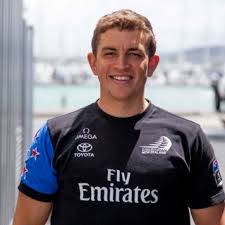 With New Zealand claiming three medals they finished along with the United States as a second nation from the top, below Great Britain who obtained eight medals in total. Andy Maloney was competing against Giles Scott in the medal race for double points. He needed to finish two paces behind this Olympic world champion and that is how the results turned out. Maloney stated that he is being able to keep to the objectives was what his goal had been and he was happy to have achieved that.
END_OF_DOCUMENT_TOKEN_TO_BE_REPLACED